From the the 22nd of april until the 20th of august 2017 a selection of our photo's and a video will be on view at GEM in The Hague by invitation of Folkert de Jong during his exhibition 'Weird Science'.

For more information and a closer look at our work you can travel to: YAE 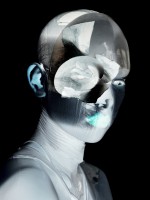